When you or a loved one is diagnosed with prostate cancer, you will have many questions. We have assembled lists of resources, including prostate cancer informational guides, to help with these and other questions.

You’ve Got Prostate Cancer. Now What? Read This First.

You’ve had the PSA test – or more likely, several of them – plus the digital rectal exam, and one or both of these suggested that you needed a biopsy.  The biopsy was not fun, but you did it, and then you waited for a pathologist to look at the. Read More

Imagine trying to study Earth, and only looking at the land.  You could learn many things, it’s true – but you would also miss a heck of a lot, because the vast majority of our planet is covered by water!  They don’t call it the blue planet for nothing! To. Read More

UCSF physician-scientists and PCF-funded investigators David Oh, M.D., Ph.D., and Larry Fong, M.D., are doing something that would have been unthinkable even a couple years ago: they are aggressively going after hormone-sensitive cancer that has escaped the prostate, as soon as it is diagnosed.  Not waiting for it to get. Read More

In the upside down world of prostate cancer, the good guys want to win the war and the bad guys are leading the resistance. Imagine Rick’s Café in Casablanca, except it’s the bad guys, with a nod from Humphrey Bogart, who are the ones singing “La Marseillaise” – drowning out. Read More 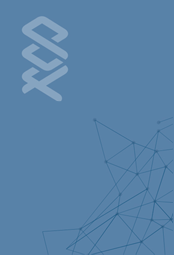 When Denny Terry first came under the care of medical oncologist Oliver Sartor, MD, 17 years ago, he knew immediately this was a physician and a scientist with a quest to keep him and others like him alive. “He’s brilliant and he cares,” says Denny, a mechanical engineer and small business. Read More

Craig Gilmore was legendary personality at his company. A software developer with a quiet and unassuming nature, he was a beloved center of social life, often organizing events and coordinating outings. He was also known for something unusual, and to many, impossible: he lived his life completely car free. Craig. Read More

How far would you go to protect yourself and your family? What if it was a matter of life and death? And what if the answer was a simple exam? Like many, Robert Cunningham of Richmond, Virginia would do just about anything for his family. When he lost his grandfather. Read More

“Do you want to live or do you want to die?” That’s a question Brian Custer asks men, especially African-American men, when they aren’t sure whether to get checked for prostate cancer. Read More

“It’s always life-altering to hear that you have cancer. Until you get that news, you don’t have cancer. And then all of a sudden, you do.” Read More

The operation to remove the prostate, called a radical prostatectomy, is one of the most difficult surgical procedures there is. There are several reasons for this:  One is simply the prostate’s hard-to-get-to location deep in the pelvis.  Two, there are a lot of blood vessels and important nerves around there,. Read More