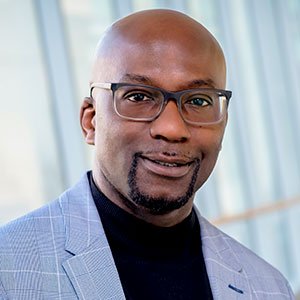 Rick Kittles, Ph.D., is professor and founding director of the Division of Health Equities within the Department of Population Sciences at City of Hope. He is also associate director of health equities in the comprehensive cancer center.

Dr. Kittles is well known for his research of prostate cancer and health disparities among African-Americans. His research has focused on understanding the complex issues surrounding race, genetic ancestry and health disparities. He received a Ph.D. in biological sciences from George Washington University in 1998. His first faculty appointment was at Howard University where he helped establish the National Human Genome Center at Howard University.

Over the last 20 years, he has been at the forefront of the development of ancestry-informative genetic markers, and how genetic ancestry can be quantified and utilized in genomic studies on disease risk and outcomes. His work has shown the impact of genetic variation across populations in pharmacogenomics, biomarker discovery and disease gene mapping.

Although a major focus of Dr. Kittles’ work over the past years has been on measuring and utilizing West African admixture in studies of genetic disease among African-Americans, presently he is expanding his research focus to further include Latino and Native American populations to further enhance the robustness of the experimental design of his research studies.

Dr. Kittles has National Institutes of Health-funded projects to study genetic and environmental modifiers of serum 25-hydroxyvitamin D levels in order to improve our understanding of the role serum Vitamin D plays in health disparities. He is leading a multisite collaboration studying modifiers of serum 25-hydroxyvitamin D [25(OH)D] levels and their role on prostate cancer susceptibility.

In 2010, Dr. Kittles was named in Ebony magazine’s “The Ebony Power 100.” Ebony selected the nation’s top 100 African-American “power players” in sports, academia, religion, business, environment, science and tech, entertainment, arts and letters, fashion, politics, media, activism and health. In March of 2012, Dr. Kittles presented the Keynote Address to the United Nations General Assembly, “International Day of Remembrance of Victims of Slavery and the Transatlantic Slave Trade.” Recently, he was named by The Huffington Post as one of “50 Iconic Black Trailblazers Who Represent Every State In America.”