July 13, 2018 – Today the U.S. Food and Drug Administration (FDA) approved enzalutamide (Xtandi) for the treatment of non-metastatic castration-resistant prostate cancer (non-metastatic CRPC).  Non-metastatic CRPC is a clinical state in which PSA levels begin to rise in patients being treated with androgen deprivation therapy (ADT), but metastases are... Read More

JUNE 1, 2018  - Each year three million men in the U.S. battle prostate cancer and on average one in nine men will be diagnosed in their lifetime. However, there are significant racial disparities about the impact of the disease, particularly for men of African descent. Compared to men of... Read More 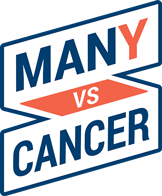 May 8, 2018  A study published today in Lancet Oncology reported highly promising results from a phase 2 clinical trial testing a new treatment, 177Lu-PSMA-617, which targets radiation directly to prostate cancer. “We show in a prospective study that in men with metastatic castration-resistant prostate cancer who have progressed after standard... Read More

Thanks in large part to the kinds of genetic and precision medicine that the Prostate Cancer Foundation has been funding, the National Comprehensive Cancer Network (NCCN) has issued updated prostate cancer guidelines that include new information about the role of family history and genomic testing to select precision medicine treatments... Read More

Over the course of prostate cancer progression, there can come a time during which the cancer is progressing, but there are no treatments known to improve survival.  One of these “empty spaces” is when men who are being treated with androgen deprivation therapy (ADT) see their PSA levels begin to... Read More

Back in June, we told you about the early results of the LATITUDE clinical trial, presented at the 2017 ASCO conference.   The study indicated that giving abiraterone in combination with low-dose prednisone to men who were just starting ADT delayed cancer progression by an average of 18 months.  The study... Read More

If you have just been diagnosed with metastatic prostate cancer and your doctor wants to start you on ADT (androgen deprivation therapy, such as Lupron), which shuts off the supply of testosterone and other male hormones, ask for abiraterone as well.  It could extend your life for years. But wait,... Read More