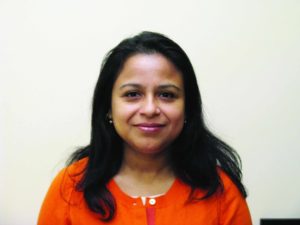 Androgens and Androgen Receptor (AR) fuel prostate cancer. Therefore, androgen deprivation therapy (ADT) is usually the preferred treatment modality. However, prostate tumors employ multiple alternate mechanisms to bypass the need for androgens or AR, progressing on the path to castration-resistance. Despite the fact that several prognostic markers for disease progression and/or response to anti-androgen therapy are being evaluated in the clinical setting, not many are accurate for disease prognosis and clinical decision management. Thus there is a serious unmet need for novel prognostic biomarkers for prostate cancer.

Several recent studies in Dr. Mark Rubin’s laboratory and others have shown that prostate tumors express the Estrogen Receptor a (ERa) at early onset of the disease. However, the role of ERa in prostate cancer still remains unclear. ERa has also been shown to trigger an oncogenic cascade that is driven and maintained by a class of nucleic acids called long-non coding RNA (lncRNA). LncRNAs are a subset of RNA that do not code for functional protein products. The main role of these lncRNAs in the cell is gene regulation. Emerging data hint at a role of ERa in inducing the abnormal overexpression and activity of lncRNAs, which in turn switch on the ‘bad’ genes in prostate cancer. LnCRNAs amplify oncogenic signaling in an ‘always-on’ (constitutive) fashion that allows cancer to overcome drug inhibition and proliferate.

Dr. Dimple Chakravarthy proposes to study this ERa-lncRNA axis in prostate cancer. She will validate the prognostic relevance of ERa and ERa-regulated lncRNA as prognostic biomarkers of tumor progression and therapy response. Dr. Chakravarthy will also evaluating the therapeutic potential of knocking down lncRNAs using nanoparticles. She will test the combinatorial therapy with anti-androgens and anti-lncRNA medications to control prostate cancer growth and metastasis.