How to Be Your Own Best Advocate

Alan Gelband has an undetectable PSA.  Two years after robotic prostatectomy for organ-confined prostate cancer, he has come through diagnosis, treatment and recovery, and life is good.  But he will never forget what it was like during that time, and because of that, he shares what he has learned with other men who are just starting this journey that no one wants to take.

If you are newly diagnosed with prostate cancer, Gelband wants you to know that there is more hope now than ever before – but it’s up to you to take charge of your health care, to learn as much as you can about your stage of cancer and the best way to treat it, and then to maximize your chance of success by finding the right doctor to perform that treatment.  “I strongly believe that the most important advocate that you have is you,” he says.

Here are a few valuable lessons he has learned:

Do your homework.  Although Gelband, 73, was treated two years ago, prostate cancer became an unwelcome possibility in his life years six years before that, when his PSA – which he had been getting tested regularly since his fifties – went up.  He began reading extensively about prostate cancer, approaching the disease with the same research skills that have made him a successful analyst and investment banker for more than four decades.  He also talked to the experts – many of them, including his friend, Leslie Michaelson, former CEO of the Prostate Cancer Foundation (PCF); urologists Alexander Kirschenbaum, M.D., at Mount Sinai Hospital, and Peter Scardino, M.D., at Memorial Sloan Kettering (MSK) Cancer Center; and radiation oncologist Anthony D’Amico, M.D., Ph.D., at Harvard. 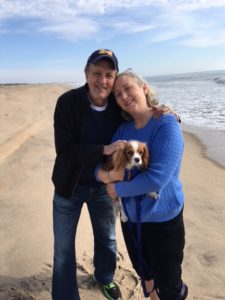 One thing he learned was how easy it is for a needle biopsy to miss cancer.  Just do the math: “there are over one million biopsies done annually and about 240,000 prostate cancers are diagnosed,” Gelband points out.  “An ultrasound-guided biopsy only covers one percent of the gland.”  After Gelband’s first biopsy, in 2010, was negative, he learned that MRI could boost his chances of finding cancer – if, indeed, it was lurking somewhere in his prostate – at the next biopsy, by pointing out suspicious areas of the prostate for testing.  After several MRIs, “I had an MRI-directed biopsy at Sinai, and it showed that I had prostate cancer.  The question was, what to do about it?”

Get a second opinion.  Because of his research, Gelband knew how important it was to have an accurate diagnosis “to determine whether you should be treated and how to be treated,” so “I had several reviews of the pathology.”  If you are newly diagnosed, you can do this, too.  You don’t need to have another biopsy taken somewhere else; just talk to your doctor about having the slides of your biopsy tissue sent to another pathologist.  Gelband had his slides reviewed by pathologists Jonathan Epstein, M.D., at Johns Hopkins; Pamela Unger, M.D., at Northwell Health; and by pathologists at MSK.   How long this will take varies depending on whether any extra studies are done, but at Johns Hopkins, if no other studies are needed, the turnaround time is two to three days and the cost for looking at slides is $250.

The pathologists all concurred that his was a prostate cancer that needed treatment, and that it was curable.  Next, “I really studied the options,” he says.  At first, Gelband leaned toward external-beam radiation therapy; particularly, toward the CyberKnife, also called “extreme hypofractionated” or stereotactic body radiation, which delivers more powerful doses of radiation in just a few days, instead of over a couple of months.  He went to seminars, talked to more doctors and even “called the manufacturers of the radiation machines and figured out how much radiation I would be getting at MSK and New York University Winthrop Hospital using CyberKnife versus the standard nine-week protocol.  In addition, my urologist and the radiation oncologist at MSK both suggested that I have hormone treatment (a temporary course of androgen deprivation therapy) if I elected to go with radiation.”

Still, he was torn over what to do.  “I was dead set against surgery,” he recalls, but “I spent a good deal of time studying the published outcome statistics on radiation and surgery.”  Gelband talked to Michaelson, who referred him to the Harvard radiation oncologist, D’Amico.  “He looked at my records and recommended surgery.”  Vincent Laudone, M.D., chief of robotic surgery at MSK, performed the procedure.  “I was very happy with the results,” Gelband says.

If you can help someone else, do it.  Gelband learned so much about prostate cancer that his name has been given to some patients as someone helpful to talk to.  He wrote a short paper about his experience. Kirschenbaum, the Mt. Sinai urologist, has distributed it to patients and others affected by a diagnosis of prostate cancer.  “I feel good if I can help people,” Gelband says.  When men who have been newly diagnosed with prostate cancer call him, “They’re pretty upset.  I know what’s going on in their minds, because I was there, too.  Prostate cancer is a very scary thing.”  It is scary, but the key to taking the next steps effectively is to “stay calm and focused.

“I am very optimistic about the ability of the medical community to significantly improve the diagnosis and treatment of prostate cancer.  The Prostate Cancer Foundation and others are supporting some tremendous research to advance this cause.”