The Prostate Cancer Foundation wishes to celebrate the life and legacy of our dear friend and honorary board member Jerry Weintraub, who passed away on July 6, 2015. 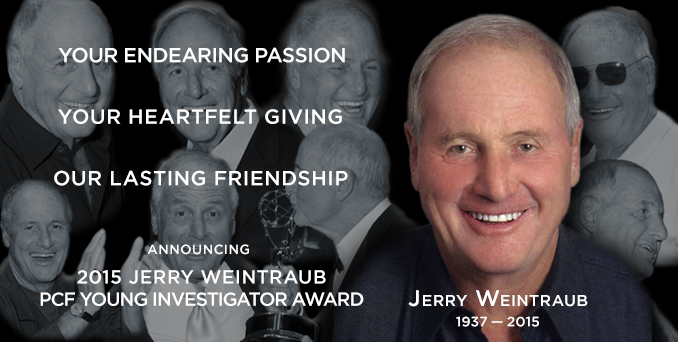 The Prostate Cancer Foundation wishes to celebrate the life and legacy of our dear friend and honorary board member Jerry Weintraub, who passed away on July 6, 2015. His larger than life persona was always evident in his considerable accomplishments as a producer, manager and leader in the arts and entertainment industry. We will always remember the majesty of his presence, his stories and, most of all, his continued service to PCF and support of our mission.

Among the members of the PCF family, Jerry will be remembered as an inspiration and an example of the power and the potential that lies within each human spirit. We will always recall with great fondness his willingness to share his life’s experiences for the betterment, as well as the amusement, of others. His joie de vivre was a gift that continues to be felt by those he graciously embraced. 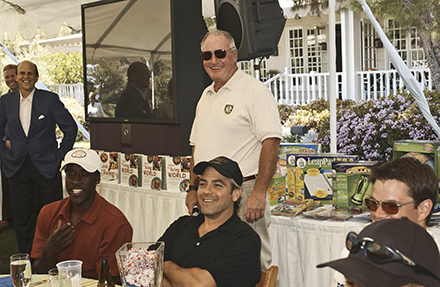 To honor Jerry’s living memory, PCF has established the 2015 Jerry Weintraub – PCF Young Investigator Award. This prestigious 3-year award will be bestowed upon an early career scientist whose work embodies Jerry’s creative and entrepreneurial spirit, his willingness to take risks, and his “never say no” approach to accomplishing the unimaginable. 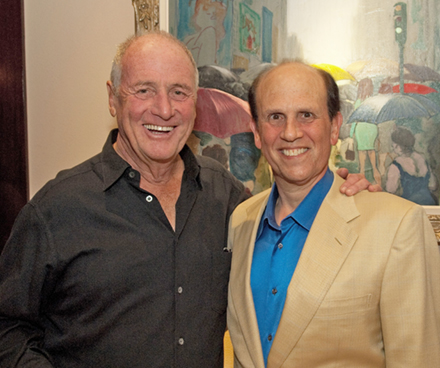 This award perpetuates Jerry’s passion for prostate cancer cures into the next generation of the very best scientific minds across the globe. Jerry Weintraub was a genius in spotting talent in music, movies and production. His genius is reflected in our ability to spot the most innovative research projects with the greatest potential to save lives.

As an honorary member of the PCF Board of Directors, Jerry was a beloved attendee at many PCF events over the years. He was an avid participant in tennis events, annually opening up his award winning home for our amateur and professional players, donors, guests and board members during the Indian Wells Tournament. His generous efforts helped create a platform that has resulted in more than $2 million raised for prostate cancer research. 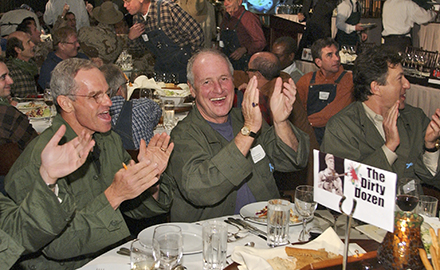 On behalf of the three million American men who are currently battling prostate cancer and the countless others who will be compelled to join that battle, we express our sincere gratitude to Jerry’s memory and our profound sadness at his passing. We will miss him.