The Prostate Cancer Foundation Scholar-in-Training Awards are awarded to promising young cancer researchers who are the authors of outstanding proffered papers relating to advanced prostate cancer.

The Prostate Cancer Foundation Scholar-in-Training Awards are awarded to promising young cancer researchers who are the authors of outstanding proffered papers relating to advanced prostate cancer. 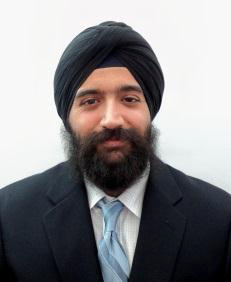 Abstract: Despite significant progress in developing effective strategies for management of localized prostate cancer, the 5-year survival for metastatic castrate-resistant disease is less than 30%. Previous studies from our own and other laboratories showed the anti-tumorigenic potential of 2-Methoxyestradiol (2-ME2) in various tumor models. Although variety of mechanisms including anti-angiogenic, pro-apoptotic, cell cycle deregulation has been reported to contribute to 2-ME2-mediated biological effects, the precise mechanism is unclear. To explore the role of 2-ME2, we carried out gene expression array analysis and discovered Recepteur d’Origine Nantais (RON) as one of the most significantly down regulated gene in response to 2-ME2 treatment. Subsequently, RON was found to be significantly upregulated in advanced-stage PCA cell lines, which do not express androgen receptor (AR); and high-grade human prostate tumors. Stable silencing of RON in androgen independent, PTEN-/- PC3 cells showed noticeable changes in cell morphology, actin filament organization, as well as markers of epithelial-to-mesenchymal transition (EMT). In PTEN wild type DU145 cells, RON knockdown caused an increase in AR expression and promoter activity but decreased the transcriptional activation and expression of AR target genes such as PSA. In contrast, RON overexpression in androgen-responsive LNCAP cells leads to a suppression of the transcriptional activation of both AR and its downstream targets, including PSA. Furthermore, we found that RON silencing decreases expression and promoter activity of the anti-apoptotic protein FLICE-like inhibitory protein (FLIP) that is accompanied by the induction of apoptosis. In addition, intervention with 2-ME2 reduced tumor growth that is accompanied with decreased RON expression in the prostate in transgenic adenocarcinoma of mouse prostate (TRAMP) model. These observations implicate RON as a hijacker of AR signaling that contributes in part to PCA growth. Therefore, restoration of native AR signaling via RON targeting could possibly be exploited in combination with antiandrogenic therapy. 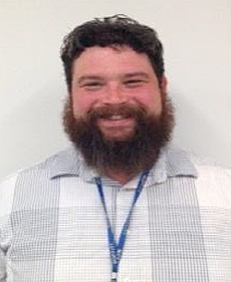 Abstract: The skeleton is a common target for prostate metastases. In bone, prostate cancer cells induce extensive bone formation/osteogenesis by promoting osteoblast differentiation. This results in painful bony lesions that are incurable. The precise mechanisms through which prostate cancer cells induce bone formation are not well understood. Analysis of human and mouse specimens of prostate to bone metastasis demonstrate the presence of MSCs (smooth muscle actin positive). Given that MSCs are precursors of osteoblasts, we hypothesizes that MSC recruitment to the bone microenvironment would contribute to the formation of osteoblastic lesions and enhance tumor progression. Methodology: Using in-vitro and in-vivo studies we aim to elucidate the effects of MSC’s on prostate tumor progression in bone. To determine the effect of the MSCs on the growth of the prostate cancer cells, mouse MSCs were directly co-cultured at various ratios with luciferase expressing PAIII prostate cancer cells for 24-96 hours. In-vivo, mice were intratibially inoculated with either PAIIIs, PAIIIs/MSCs (1:1), or MSCs (n=8/group, 104 total cells in 20μl). Tumor growth was measured over 15 days using luminescence imaging. Subsequently the tibias were collected for x-ray, micro CT, and histological analysis. Results: In-vitro MSCs inhibited the growth of the PAIII cells from 24 to 96 hours. At a 1:1 ratio, MSCs inhibited PAIII growth by up to 55% at 96 hours (p<0.05). A cleaved caspase 3 western blot of the lysates of PAIIIs treated with MSC CM provides evidence that soluble factors from the MSCs are inducing caspase dependent apoptosis. Consistent with our in vitro observations, we observed in vivo that at day 11, the average tumor size in the PaIII/MSC (1:1 ratio) group was 57.7% significantly smaller than the PAIII group alone (p<0.05). However by day 15 the tumors were growing at comparable rates. Tumor bearing tibias were X-rayed and an overall decrease in tumor-induced osteolysis was observed between the PAIII/MSC and PAIII groups. μCT scans of tumor bearing bones show an increase in bone volume in bones injected with MSCs alone and PaIII/MSCs when compared to PAIIIs, a finding that was consistent with X-ray and hisotmorphometrical data. Conclusions: In conclusion we have found that in-vitro and in-vivo MSCs have an early inhibitory effect on the growth of prostate tumor cells. This impact on growth is coupled to an apparent decrease in tumor-induced osteolysis and increase in osteogenesis. Currently, we are examining 1) the impact of the MSCs on tumor-induced osteogenesis and 2) identifying the MSC derived factors that are inhibiting prostate cancer growth. Understanding the role of MSCs in the prostate tumor-bone microenvironment will lead to the identification of new therapeutic targets to treat the disease.

Genetically engineered mouse (GEM) models were used to delineate the role of mesenchymal cell or myeloid cell specific TGF-β signaling on PCa-induced osteolytic bone lesion development. Lysozyme M promoter-driven Cre was used to induce the ablation of the TGF-β type II receptor (Tgfbr2) in mature macrophages, granulocytes and osteoclasts, thus to knockout TGF-β signaling in these cells [LysMcre/Tgfbr2floxE2/floxE2/Rosa26/Rag2-/- (Tgfb_off_OC)]. The collagen promoter-driven Cre was used to knockout TGF-β signaling in fibroblasts, chondrocytes and osteoblasts [ColcreERT/Tgfbr2floxE2/floxE2/Rosa26/Rag2-/- (Tgfb_off_OB)]. PC3 PCa cells were injected into the tibiae of the GEMs and their respective Cre- controlled mice. The host mice tibiae were imaged using Faxitron x-ray every week from 2 to 4 weeks post tumor injection; the bone lesion areas were measured and analyzed by Metamorph.

We found that the osteolytic bone lesion development was significantly reduced in the Tgfb_off_OC mice compared to the control mice at 4 weeks post tumor inoculation (p<0.05). In contrast, PC3 cells in the Tgfb_off_OB mice compared to the control mice significantly promoted osteolytic bone lesion development started from 2 weeks and up to 4 weeks post tumor injections (p<0.05). All statistics were applied by student’s T tests. These results suggest that TGF-β signaling activation is anti-osteolytic in osteoblasts, but pro-osteolytic in osteoclasts in this PC3 induced bone lysis models.