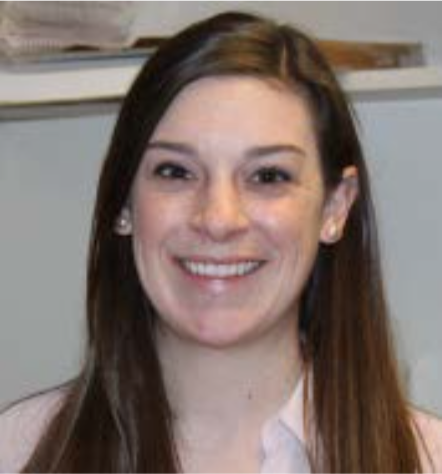 Abstract: The presence of detectable metastases in the bone marrow of prostate cancer patients represents lethal, incurable disease. These metastases that may emerge years or decades after prostatectomy are derived from small colonies of dormant tumor cells that disseminated from the primary tumor.

Our group has previously shown that Gas6/Axl signaling is associated with disseminated tumor cell (DTC) dormancy in mouse models of prostate cancer metastasis. In this study we explored the functional significance of this association and tested the hypothesis that overexpression of Axl in prostate cancer cells would prolong their dormant phase in the bone marrow. Axl overexpression in the AR-positive Axl-negative human prostate cancer cell line C42B slowed proliferation in vitro. Select cells were completely dormant as detected by the lack of EdU incorporation over 40 hours, and this fraction was increased when co-cultured with bone-forming osteoblasts. To assess the functional effects of Axl on prostate cancer progression in vivo, we utilized a mouse model of prostate cancer metastasis in which subcutaneous tumors are established and surgically removed upon reaching 200mm3. At 10 weeks post-tumor removal, mice bearing C42B-Axl tumors did not have overt osteoblastic or osteolytic lesions in their femurs or tibiae, whereas mice bearing C42B-WT tumors had visible lesions by x-ray. Immunohistochemistry staining of mouse femurs and tibiae corroborated these findings. To confirm that the absence of metastases in mice with C42B-Axl tumors was not due to the inability of the cells to disseminate, we used immunofluorescence to detect human cells in the bone marrow of flushed femurs and tibiae. At 12 weeks post-tumor removal, fewer prostate cancer cells were detected in the bone marrow of mice with C42B-Axl tumors compared to those with C42B-WT tumors. Notably however, both groups had detectable prostate cancer cells in the bone marrow, indicating that the absence of C42B-Axl metastasis was not due to failure of primary tumor cells to disseminate. The presence of disseminated C42B-Axl cells in the bone marrow coupled with their failure to develop into clinical metastases at the time of C42B-WT metastatic outgrowth establishes a functional role for the association of Axl expression with DTC dormancy. Axl may be sufficient to induce and maintain dormancy, and ongoing experiments will address the requirement of Axl in this setting.

This abstract will be presented in a Poster Session entitled Cellular and Molecular Mediators of Metastasis, located in Poster Section 29 Poster Board 19, on Monday, April 18, 2016, 8:00am-12:00pm

Abstract: Prostate cancer remains the second-leading cause of cancer death in men. The first line treatment for advanced prostate cancer is hormone deprivation therapy (ADT), which although it is initially effective, usually leads to progression to more aggressive and often lethal castration resistant prostate cancer (CRPC). Nonetheless, CRPC remains dependent on androgen receptor (AR) signaling through various mechanisms. Therefore, drugs that target androgen synthesis or AR signaling, such as abiraterone acetate and enzalutamide, have been employed as second line therapy. Despite the fact that both drugs improve the overall survival for CRPC patients, neither of them is curative, suggesting intrinsic or acquired resistance. Here we have focused on elucidating resistance mechanisms for abiraterone acetate, an inhibitor of androgen biosynthesis, using preclinical analyses of relevant genetically engineered mouse models (GEMMs).

Given the high frequency of co-alteration in PTEN and p53 in mCRPC, we generated conditional GEMMs based on deletion of either PTEN alone or PTEN plus p53 to obtain the NP and NPp53 GEMMs, respectively. Both NP and NPp53 mice develop CRPC, and cross-species gene set enrichment analysis (GSEA) suggests that they have molecular programs that are well-conserved with human CRPC. In preclinical studies, we find that the NP mice are highly responsive to tumor inhibition by abiraterone, whereas the NPp53 mice do not respond. In fact, the NPp53 mice display a marked acceleration of tumor progression following abiraterone treatment. The disparate phenotypic responses of the NP and NPp53 mice to abiraterone are evident by analyses of their tumor histology, immunohistochemical staining, as well as the change in tumor volume by MRI imaging. We further validated the results in a genetically modified human prostate cancer cell line. In particular, a xenograft model based on 22RV1 cells that are depleted for both PTEN and p53 also displayed an acceleration of the tumor phenotype following abiraterone treatment. Notably, expression profiling of the abiraterone- or vehicle-treated “responder” NP tumors versus “non-responder” NPp53 tumors identified a unique set of cancer driver genes that are enriched for genes found in human neuroendocrine prostate cancer (NEPC). These findings were confirmed by immunohistochemistry, which demonstrated a significant increase in synaptophysin-expressing cells in CRPC in the NPp53 mice but not the NP mice.

Our findings suggest that loss of p53 in the context of PTEN deletion promotes resistance to abiraterone while CRPC in the NPp53 mice partially resemble human NEPC. Given the high prevalence of co-alteration of PTEN and p53 in advanced human mCRPC, and observed occurrence of treatment induced NEPC-like phenotypes observed following treatment with AR targeting agents in patients, our finding suggest that abiraterone may not be suitable for patients with alterations in both PTEN and p53.

This abstract will be presented in Minisymposium entitled Therapeutic Studies in Cell Culture and Mouse Models, located in Room 260, Morial Convention Center, on Tuesday, April 19, 2016, 3:00pm-5:00pm

Introduction: The purpose of this study is to assess the effect of caloric restriction (CR) on prostate cancer (PCa) tumor burden, proliferation, and overall survival with and without radiation treatment (RT). Additionally, we determined if the beneficial effect of CR noted are due to a reduction in pro-inflammatory markers hypothesized to enhance PCa tumorgenesis.

Methods: To assess the effect of CR in vivo, 40 male 12 week-old NCRNu-M mice were injected with LNCaP or PC3 tumor cells. Once tumors were palpable, mice were randomly assigned to one of four treatment groups in cohorts of 10: ad libitum (AL) diet, 6.5Gy of radiation (RT), 30% reduction in caloric intake (CR), or CR+RT. Tumor growth and proliferation rate were measured 3 times per week via calipers and live bioluminescent imaging. Additionally, PCa tumor tissue were analyzed to determine if CR can exert its effect on tumor growth and metastases via IGF-1R signaling pathway. Results: Adding CR to RT decreased tumor progression. In the PC3 murine model, when compared to AL, RT reduced tumor size by 22%, 77% with CR, and 80% with CR+RT. In the LNCaP murine model, compared with AL, CR reduced tumor size by 49% and a 55% reduction with CR+RT. Primary tumor formation began 9 weeks post tumor injection in the radiated cohort and was delayed to 15 weeks post tumor injection in the CR and CT+ RT cohorts. Additionally, time to metastasis was delayed with CR (86 days to metastasis in AL, 93 with RT, and 108 when combining CR+RT). Molecularly, CR decreased multiple members of the IGF-1R signaling pathway. The total IGF-1 and IGF-1R levels exhibited 50% reduction with CR and CR+RT but total INSR levels. CR also induced a significant decrease of pGSK3β and pAKT levels.

Conclusions: For the first time, we have shown that decreasing calories by 30% in both hormone- sensitive and hormone-refractory prostate cancer models, enhance the efficacy of radiation. Our experiments show that even CR alone and in combination with RT can improve PCa tumor proliferation rate, tumor burden, time to metastasis, and overall survival. We hypothesize that these changes are in part, due to the decrease of the IGF-1R signaling pathway. We propose that CR may be used as a novel therapeutic intervention to enhance outcomes of radiation treatment by altering the molecular profile of prostate tumors.

This abstract will be presented in a Poster Session entitled Altered Cellular Signaling and Cancer Metabolomics located in Poster Section 1, Poster Board 23, on Sunday, April 17, 2016, 1:00pm-5:00pm