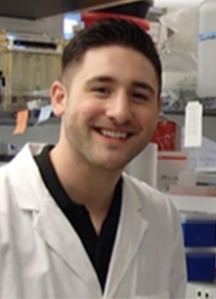 Background: Widespread and long-term use of first-and second-line androgen- deprivation therapy (ADT) is changing the molecular and phenotypic landscapes of prostate cancer. Observations

made through our longstanding rapid autopsy and patient-derived xenograft (PDX) programs at the University of Washington support a shift in metastatic castration-resistant prostate cancer (mCRPC) towards androgen receptor (AR)-null phenotypes, such as neuroendocrine (NEPC) and double negative (DNPC). Currently, there are no effective therapies for AR-null mCRPC. We showed previously that DNPC (AR-null, NE-null) bypasses AR- dependence through fibroblast growth factor (FGF) signaling. However, the role of the FGF pathway in other molecular mCRPC subtypes remains to be determined.

Conclusions: Our data highlight the importance of AR and REST transcriptional programs in maintaining phenotypic stability in mCRPC and explain the phenotypic heterogeneity of mCRPC in the post- abiraterone/enzalutamide era. Understanding the mCRPC subtypes that depend on the FGF pathway for survival and proliferation will inform treatment and lead to the development of novel therapies for advanced disease. 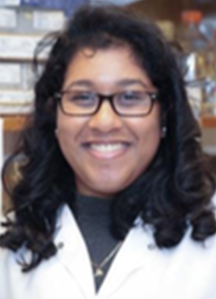 MicroRNA-1205 as a tumor suppressor in castration resistant prostate cancer

Prostate cancer (PCa) is the second most common cancer and third deadliest cancer in American men, yet the only established risk factors are familial genetics, age and race. Men of African Ancestry (moAA) have higher PCa incidence rates when compared to Caucasian men in the United States, which are due to differences in genetic susceptibility variants. Moreover, high mortality rates of PCa are associated with castration-resistant prostate cancer (CRPC) due to maintenance of androgen receptor (AR) signaling in PCa cells following androgen ablation therapy. The 8q24 chromosomal locus is a highly susceptible PCa region that has frequent amplifications of the c-MYC oncogene and downstream PVT1 gene. PVT1 is a long non-protein coding gene that encodes six annotated microRNAs (miRNAs), including microRNA-1205 (miR-1205), yet the function of these miRNAs are poorly understood. To elucidate the role of miR-1205 in PCa, we examined miR-1205 mRNA expression in a cohort of normal (n=22), benign (n=42), and malignant (n=26) histologically confirmed prostatic tissues obtained from prostatectomy or transrectal biopsies of moAA men in Ibadan, Nigeria. One-way ANOVA analysis determined changes in the relative expression of miR- 1205 between groups (F(2,87) = 1.153) and a Tukey post hoc test revealed decreased miR-1205 expression in benign (4.61 ± 7.5) and malignant tumors (3.39 ± 3.53) when compared to normal tissues (6.55 ± 9.5). These data suggest that miR-1205 may function as a miRNA tumor suppressor and is characteristic to moAA-associated PCa. To elucidate the molecular mechanism of miR-1205, we examined AR and c-MYC mRNA expression using androgen-dependent LNCaP and CRPC C4-2B and 22RV1 cells. We observed a two-fold decrease of miR-1205 expression and overexpression of AR and c-MYC in C4-2B and 22RV1 cells when compared to LNCaP, suggesting that miR-1205 may regulate AR and c-MYC signaling in CRPC. Next, we identified Fry-like (FRYL) as a putative target using a miSVR computer algorithm and subsequently performed whole transcriptome analysis on prostate tumors and adjacent normal tissue from fourteen PCa patients using the Galaxy web platform. FRYL and AR overexpression was observed in diseased patients suggesting that FRYL may function as an oncogene. Moreover, FRYL was overexpressed in C4-2B and 22RV1 cells when compared to LNCaP, further suggesting a role in CRPC development. C4- 2B cells transfected with miR-1205 and the 3’UTR of FRYL in a luciferase expressing vector revealed a significant decrease in luciferase activity when compared to control cells, indicating direct binding of miR-1205 to the 3’UTR of FRYL. These observations strongly suggest that miR-1205 acts as a tumor suppressor that may regulate AR and c-MYC expression, and directly targets the 3’UTR of FRYL in PCa cells. Further understanding the role of miR-1205 regulation of FRYL, AR, and c-MYC signaling may provide novel insights into the molecular mechanisms of CRPC.

This abstract will be presented in a Poster Session entitled Noncoding RNAs as Oncogenes and Tumor Suppressors on Sunday, April 15, 2018, 1:00 pm – 5:00 pm located in Section 22, Board 3. 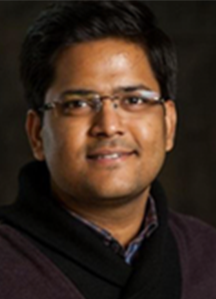 Prostate cancer (PCa) is the second leading cause of cancer-related mortality in North American men. In recent years, there has been mounting evidence establishing the centrality of epigenetic

mechanisms in PCa initiation and progression. Accordingly, various epigenetic genes have been described to collaborate with the androgen receptor (AR) in enabling its oncogenic transcriptional program and aberrantly restoring its activity in metastatic castration resistant PCa. Concordantly, our laboratory has recently described two epigenetic genes, BRD4 and MLL2, as key co-activators of AR-signaling. Furthermore, we have demonstrated that inhibition of these genes synergistically work with AR antagonists to attenuate PCa progression in preclinical models. Thus, in a setting where all metastatic patients eventually progress to evolve resistance to anti-AR therapies, there exists a dire clinical need to identify novel therapeutic targets. To this end, using CRISPR-Cas9 technology, we have engineered a unique AR-reporter LNCaP model that harbors the mCherry gene directly downstream of the endogenous KLK3/PSA promoter (a canonical AR-target). Notably, validation experiments confirm that the mCherry reporter gene, akin to KLK3, is dynamically regulated by AR activity in response to treatment with dihydrotestosterone (DHT; a physiological AR agonist) or enzalutamide (an AR inhibitor). Furthermore, we have designed a focused, high-depth library of small-guide RNAs (sgRNAs) to target over 200 distinct epigenetic genes, both at transcriptional start sites and functionally-essential enzymatic domains. Overall, this library comprises of roughly 1400 distinct guide-RNAs that include 50 non-targeting negative controls. Using these molecular tools, we plan to perform a marker-based, functional screen that involves the sorting of sgRNA-infected AR-reporter cells into mCherryHIGH and mCherryLOW populations. Notably, we have successfully validated the stated screening design: Starting from a mixed pool of AR-targeting siRNAs or R1881 (a synthetic AR-agonist) treated reporter cells, we sorted them into LOW15% or HIGH15% fractions based on the intensity of mCherry fluorescence. As expected, transcriptomic analyses of these fractions confirmed that AR-signaling was indeed significantly inhibited and enhanced in the LOW15% and HIGH15% fractions, respectively, relative to the unsorted cells. Thus, for our CRISPR screen, we theorize that the genomic interrogation of sgRNAs enriched in the mCherryLOW population will reveal novel epigenetic genes that function as essential co-factors of oncogenic AR-activity. These epigenetic factors can be co-targeted to extort durable therapeutic responses in patients treated with the current line of anti-AR therapies, thus directly addressing an urgent clinical need.