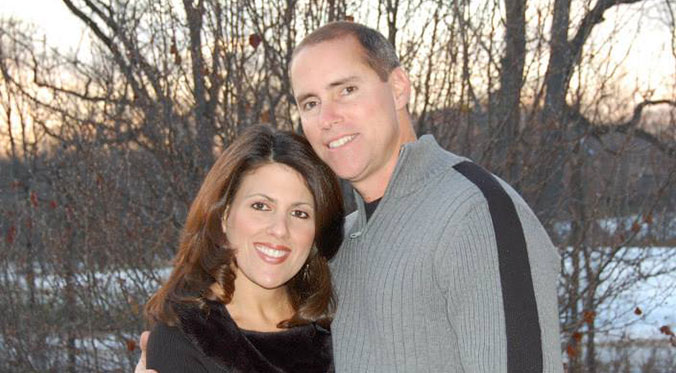 Tips for getting back into the workforce after losing a spouse to cancer, from Trish Pergament, Many vs  Cancer supporter.

Some people say that everything happens for a reason; other folks think that stuff just happens.  Trish Pergament’s husband Doug was 44 when the trouble started. He was strong, healthy and in shape; none of it made any sense to Trish. “Even though his prostate was huge, they said that they didn’t run PSA tests on men under 50, so they gave him antibiotics.”  After a few failed attempts at treatment, Trish finally got the doctors to run that PSA test on Doug: it clocked in at 1068. Doug was diagnosed with aggressive stage 4 prostate cancer; he was given nine months without treatment, three years with, to live. Trish and Doug were devastated.

Trish still lives in the same house in the same suburb in Michigan where she and Doug made their life with their two children, now ages 12 and 16. “The summer before Doug died he was feeling sick all the time. He was falling and not telling anyone. The cancer spread to his brain.”  Their son was becoming a Bar Mitzvah in the fall, and Doug really wanted to be able to walk and participate in the celebration.  PCF researcher Dr. Ken Pienta helped the family get through a series of medical hurdles, and Doug was there to make his speech to his son.

About 2 months before Doug died, at the prior suggestion of a therapist, Doug and Trish sat the kids down to let them know what was coming. “Doug had been sleeping in the basement, because it was less chaotic down there. We told them all together in his bed. They just burst out crying. We sat there for like an hour, and everyone cried. Doug got to say everything he wanted to say. He wanted the kids to know it was ok to be happy and have the best life. Then we dried our tears and got the kids right back into their routine.”

In February of 2013, Doug passed away from advance prostate cancer.  It wasn’t until about two years after Doug’s death that Trish started to realize she may run into financial difficulties without working.  “The funny thing is, all these years, we had done pretty well, but we didn’t account for how to raise two young kids, pay for health insurance for 10-15 years, college, and still be able to retire? I started to feel a little more emotionally stable and that’s when I realized I needed to work now, because at 60 I would not be marketable and my financial situation would not be good.”

So with 20 years of experience under her belt in HR and Purchasing at GM, Trish began her search. “I didn’t think it would be so hard, but it was. I looked and looked and tried and tried.  I used connections.  I got interviews –  they went nowhere, even though I had experience and a degree.  I didn’t know what I was going to do.”  Finally after about 18 months of searching, Trish found an administrative role after a friend mentioned a posting she saw on her local community web site.  With steadfast determination on Trish’s part, this turned out to be her door.  Something Trish and her friend had talked a lot about; when it’s your door, it will open. Having faith is important.

Trish emphasizes that our system is not set up well for women (or men) who are trying to get back in the workforce after an extended period.  “I went into the whole process really confident, knowing I could do a good job; but after I kept getting shut down, I started losing confidence. It was mentally difficult.” Now that’s she’s found a job, she says it’s like riding a bike.  To get there, Trish has these 10 tips for women who are considering returning to work after losing a spouse to disease.

Trish says that now that her husband gone everything feels like a transition, everything feels like work. Still, she keeps moving forward. “It’s easy to give up and feel sorry for yourself, but I have kids that are watching everything I do. I want them to have the best life possible, so I try to stay positive. It doesn’t mean you don’t have bad times, but you have to keep trying to see the positive side of things until the negative days become less and less.  It’s a lot of work but after a while it becomes more natural.”