COVID-19 has changed the way we work and live. In response to the public health emergency, PCF Founder and Chairman Michael Milken is engaging a range of industry leaders and medical experts to help us better understand and confront a crisis that has not only altered our current day to day, but will change the course of how we work, socialize, and fight disease for years to come. For all podcasts visit: milkeninstitute.org/podcast 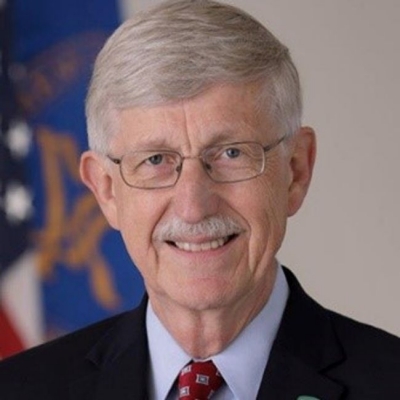 “It has been a year of terrible tragedy. … And yet, it’s also been a year of heroism: the first responders, the healthcare providers, putting themselves at risk to try to help those who are suffering. But I also think there are heroes that have risen to this challenge in the research community, in the business community.”

When NIH Director Francis Collins first spoke with Mike in April of 2020, he was marshalling an army of researchers among his 6,000 research scientists to tackle the coronavirus. He had already successfully directed the Human Genome Project from 1993 to 2008, during which much of the genetic groundwork was laid that would later contribute to the development of Pfizer and Moderna’s mRNA-based vaccines. With light now appearing at the end of the tunnel, Mike checked back in with Dr. Collins for further insight and perspective.

“We are going to get past this,” Collins affirms. “And then I pray, let us not forget the lessons we’ve learned. Let us not slip back into complacency. Let’s keep in mind that we are a vulnerable blue planet and that it’s up to all of us to anticipate the things that we might need that science could bring to bear on the next problem, and not wait until it’s a crisis.”

Three top cancer researchers, the head of PCF, and a VA leader join Mike Milken to discuss how genomics, immunotherapies, and precision medicine are informing the quest for effective COVID vaccines and treatments.

The best practices developed by oncologists in the past two decades are now the standard of care at VA facilities across the country. In discussing the 2016 PCF/VA partnership that established Centers of Excellence, Deborah Scher notes the role oncology continues to play in the pandemic. “We have really built a community of researchers who are bringing best-in-class precision oncology to veterans across the country and are using that platform not just for prostate cancer innovation, but today for COVID innovation as well.”

“I really want to be building on this technology here at Berkeley and making sure that we are creating a community of scientists that are doing two things: not only extending this extraordinary science and thinking about how to apply genome editing in ways that will have real impact on humanity; but also doing it with an eye towards social responsibility.”

It used to be the stuff of science fiction: A scientist discovers a way to edit genetic sequences in humans and plant life, creating new opportunities to eliminate diseases and famine. Except in Jennifer Doudna’s case, the CRISPR-Cas9 technology she co-invented in 2012 has already produced real-life benefits—along with a scramble to translate the game-changing process into more treatments and cures. In the meantime, it has shown promise in the fight against COVID.

“CRISPR proteins are quite useful for detection of viruses,” the Berkeley biochemistry professor tells Mike on the podcast of CRISPR-Cas9. “In fact, that’s what they naturally do in bacteria. And not only that, they operate by a molecular mechanism that allows them to release a signal when they find their targets. So they can report on the presence of a virus in real time and with a visual signal in a way that I think could be a very powerful diagnostic tool in the near future.”

For our 50th recording, Jonathan Simons (President and CEO, Prostate Cancer Foundation) and Esther Krofah (Executive Director, FasterCures) join Mike for a special discussion on how breakthroughs in cancer laboratories are advancing our understanding and possible treatment of COVID-19.

The roundtable features six scientists, from academic medical research institutions and the biopharmaceutical industry, sharing their insights on the TMPRSS2 gene’s role as the doorway through which the SARS-CoV-2 virus enters the lung.

That same genetic doorway also happens to play an important role in several forms of cancer. The promising news is that researchers—including those on this call—have learned how to shut that door in other contexts.

“As we began to see in January the evolution of this virus…we began reorienting ourselves to our inpatient responsibilities and to the potential that the nation would need us to be its backstop in a healthcare system.”

Dr. Richard Stone’s job title is as clear and direct as the man who occupies it. As the executive in charge of the Veterans Health Administration, the nation’s largest integrated healthcare system, he carries the awesome responsibility of protecting the health of more than 320,000 veterans and 360,000 employees.

A combat veteran himself, he offers simple advice to address a worrying trend: “Early on in this pandemic, we began to see veterans canceling their mental health visits….If you know any family member, any friend, who is going through intense social isolation, pick up the phone today.”

“This is why we all went into medicine—for moments like this where we come together.”

For Jonathan Simons and the Prostate Cancer Foundation, global collaboration and team science were a way of life long before the pandemic. The organization’s support of groundbreaking science has changed our understanding of cancer—from organ-specific to mutation-specific—and has thus translated into effective solutions for patients across more than 70 forms of the disease.

The hard-won lessons from the war on cancer, Simons believes, will be crucial to solving COVID-19. And he predicts that what we learn from the current surge of collaborative research will save lives from other diseases long into the future.

A Conversation with Pam Sharma and James Allison

Mike welcomes two guests on this edition of the podcast: Pam Sharma and James Allison. Partners in marriage and professional collaborators, the couple are leading immunologists who have dedicated their careers to cancer treatment and research. Sharma is an immunologist and oncologist at the University of Texas MD Anderson Cancer Center, while Allison serves as executive director of the Immunotherapy Platform at the same institution.

In their conversation with Mike, they highlighted the primacy of the immune system in fighting COVID-19, the drive to treat the virus with antibodies, and the role patients can play in mobilizing effective research into treatment and vaccines.

In this episode, Mike speaks with David Baltimore, a Nobel laureate, member of the FasterCures board, and the current president emeritus; Robert Andrews Millikan professor of biology at the California Institute of Technology.

Based on his extensive research into genetics and virology, Baltimore describes the different challenges posed by COVID-19, and how it compares to the progress made on previous public health crises, including HIV, polio, and influenza. While the future is uncertain, he takes comfort in knowing there has never been a larger international effort to fight the virus: “that, alone, makes me optimistic.”

“We’re perhaps working now at 10% of where we were working before the COVID infections. It’s heartbreaking to think what cancer patients are going through as they’re watching their cancers grow, and yet have to deal with this threat of the virus and problems in getting access to care.”

When Steven Rosenberg joined the National Cancer Institute more than 45 years ago, he was determined to prove that a patient’s own immune system could be used to fight cancer. His interleukin-2 therapy was approved by the FDA for cancer in 1992, leading to many more advances and resulting in thousands of lives extended and saved.

Today, this pioneer of immunotherapy is seeking to better understand how to use those same advances to fight COVID-19. “We’re taking information that we’ve learned from cancer treatment and learning to at least control some of the morbidity that occurs from a viral infection, which comes from the vigorous immune reaction and the release of hormones that causes many of the side effects of COVID.”